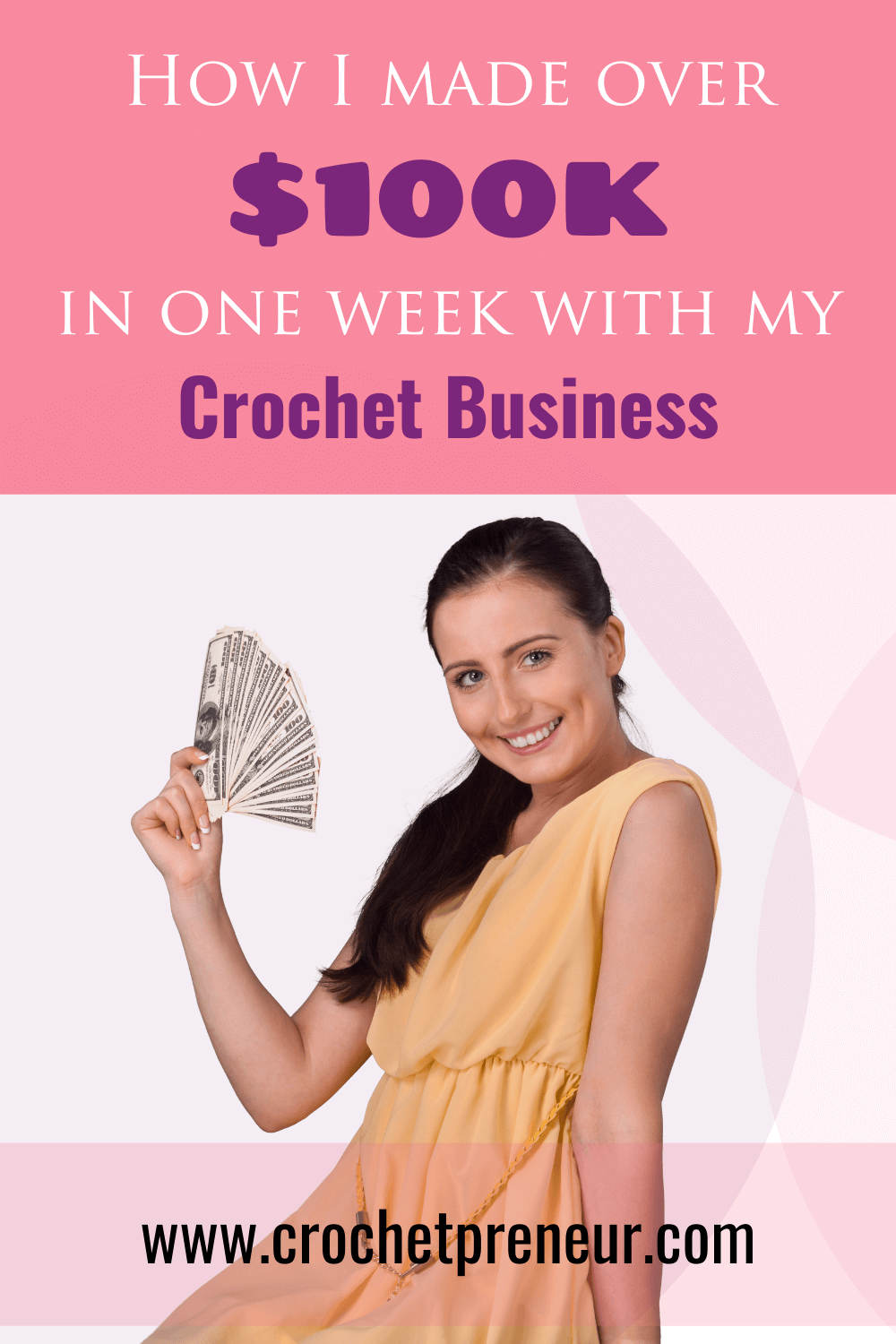 So, the image says, “How I Made Over $100K in One Week with my Crochet Biz.” Notice, I didn’t say, “and you can, too!” Well, maybe you can….but I’m not going to lie and say I can give you the formula for creating that same success that quickly….otherwise, I’d just be doing that myself, right?!

However, what I CAN do, is share some tips about how I made some right choices that made virality possible for my product – if I hadn’t made those choices, no $100K for me.

Let’s see if we can get you on that same track, too.

“They say it’s better to be lucky than good, but it’s even better to be both lucky AND good.” ~ Vern Lundquist

Have you ever had one of those ideas?

You know the one that keeps rolling around in your head, nagging you for months and years, but never quite making it out onto paper or canvas or, in my case, yarn?

I’m not sure why I hadn’t taken the time to sit down and create the Messy Bun Hat years ago. it was just one of those ideas that sat in the recesses of my mind waiting for the right time.

How I Got Lucky

So, on Dec. 7, 2016, when I was tagged in an ISO Facebook post about a sort of unfinished hat where someone could pull their hair out of the top, I thought, “the time is now!”

I Google searched the image of that lovely open-topped hat and discovered that it wasn’t being offered for sale and there was no pattern to be found anywhere – the original poster had simply posted a photo of a hat saying, “Look at the cute hat I made!”…but she wasn’t selling anything.

How I ‘Done Good’

My design was in typical Made with a Twist (by Crochetpreneur) style – chunky, quick, and…as far as I’m concerned, good.

And when I say “set out to create” I mean, it was 10:00 PM, my husband and I were settling in for the night, watching television and relaxing when, all of the sudden, I jumped into action!

To me, the hair tie was the most important part and the key to the uniqueness of my design

Now, I’ve had short hair for at least 6 years. Finding a hair tie proved no small task, but I finally pulled one out of the dark recesses of a drawer in my vanity.

After 60 minutes or so, I had the hat finished.

I turned on every available light in my night-darkened studio, propped Mandy (she’s my lovely mannequin whom you will come to know and love) on the cloth-covered ironing board and took some quick (and horrible, see below) photos. I posted the photos on Facebook and created a listing on my Etsy shop.

Then, I quickly whipped up the pattern and got that listed as well. (I’m sad to admit that, in my haste, the pattern wasn’t up to my usual standard, but that was remedied within a few days. Read the story about my biggest failure as a crochet designer, here.)

The next day, Chelsea (one of my brand reps whom you will also come to know and love), asked if she should stop by to take photos.

We took some cute pictures…

…and a quick 15-second video of how to put on the hat and, within a matter of minutes, she was gone.

I posted that video on Facebook (twice) and YouTube. Since then, over 70 million people have viewed the video, life hasn’t been the same.

Then, my world got rocked and, within a week, I had made WELL over $100,000! (With complete transparency, it came to just over $80K after expenses.)

See, it IS Possible to Have a Successful Crochet Business!

But is that a replicable success strategy? Maybe…maybe not. But let’s go over some of the practical, replicable strategies I used to get my product in front of people and have them buy. These are things you can do in your business, too.

Well, that’s Part One of this story. Part Two entails a lot of coffee, sleepless nights, the beauty of community and, sadly, the downside of going viral. Keep an eye out for it!

If you’re a crocheter who’d like to add this amazing, profit-propelling product to your inventory, you can click this link to purchase the Messy Bun Hat Pattern.

Or, click this link if you’d like to purchase a specially branded, original Made with a Twist (by Crochetpreneur) Messy Bun Hat.

Create Product Descriptions that Sell for You! 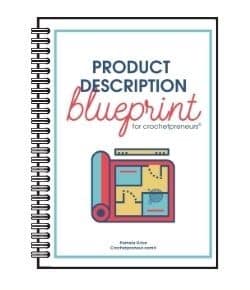 Includes: the exact formula I use to create best-selling product descriptions that help get your products found and SOLD!